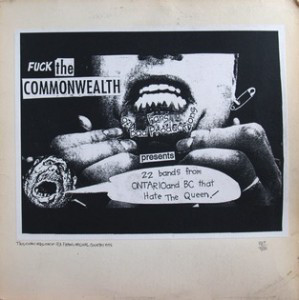 Despite the lack of interest of my readers about CHRISTIAN DEATH' 1st (less than 60 downloads for such a masterpiece!!), I keep on posting their essentials recordings from the 80s. About 'Catastrophe Ballet': second album and first major shifts in the line up, alas. Tell me if I'm wrong, but only the singer Rozz Williams is still there (with a completely different singing though)! A major change is the arrival of guitarist and singer Valor Kand, who would soon lead the band through the 80s until now.

It's not a surprise that 'Catastrophe Ballet' sounds so different from 'Only theatre of pain': not punk agression, no feedbacks in the guitar, no echo is the drums and organs etc. On the contrary, the sound seems dangerously monotone and polite. And what about the compositions? Well, one on two is good, the other is often too simple and boring (like the 1st track). But I confess that the overall ambience is quite coherent and intriguing. I remember that those who liked C.D.

Were considering this album their best, maybe thanks to the lyrics that seemed mysterious and beautiful. I don't know, I don't try to understand the lyrics. But you probably speak english better than me. My rate: 3/5 Highlights: The Drowning, Sleepwalk, As evening falls, Electra Descending. About 'Ashes': roughly the same line-up for a more accomplished album in my opinion. Better produced and spacier than 'Catastrophe Ballet', it doesn't work as a series of singles but should really be heard as a whole instead. The 1st side obviously is better composed, the 2nd side may be boring, to say the truth (the too long 'Luxury of tears' and the spoken words 'Of the wound' that don't really work.).