The first film of 2013 set in the Far East starring Keanu Reeves, his second Asian film came out a month later (in the US). This film is based loosely on the real life events of the main lead Tiger Chen (yep that's his real name). Presumably the story is similar to his actual life in the sense of trying to show or promote how Tai Chi can be a martial art, not that he entered an illegal underground fight to the death circuit. Or maybe he did who knows.

Yes that's your plot right there, a simple humble man is lured into an illegal underground fighting ring with the promise of getting paid lots of dosh. He needs this dosh to help save his Masters temple which is in ruin. The reason he was chosen is because he is a skilled fighter in the art of Tai Chi which is unusual. This ring is run by a mega rich Keanu Reeves and his entourage who sets these fights up for other mega rich people to enjoy, oh and the cops are after them too. So its the most unoriginal overused plot formula you could possibly decide on. I gotta be honest most of the fights in the film aren't very vicious or hard hitting. 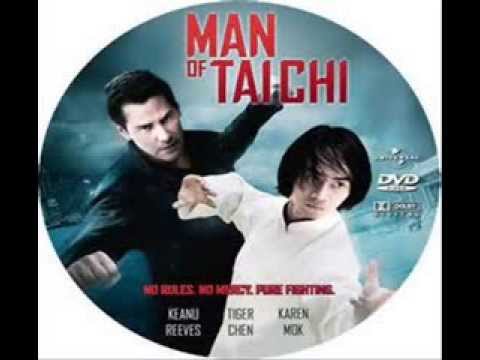 They all of course look fantastic and are well choreographed but they all come across like a martial arts ballet, a rehearsed spectacle rather than some gritty illegal underground fighting ring. You can clearly see that moves aren't making full contact at times and when they do its obvious its not real. Installfinalize. Return Value 3. You can see them going through their fight routine basically, it doesn't feel real or in any way brutal. Another issue I had was the fact Tiger is a pretty small slim fella, he's not exactly the type of person you'd think could knock out all these other fighters. I know a persons size doesn't necessarily mean they can't fight but there really isn't that much of Tiger and some of the other western fighters were pretty well built!

The black fighter he comes up against was three times his size! Height wise and muscle width wise. I hate to use this term but the fights do feel like a videogame at times, each fighter having their different styles and outfits, its all very cliched and feels like 'Bloodsport' but without the blood. I guess the only difference with this film is the fact its not some big tournament ala Mortal kombat.

Although that being said, the lines 'finish him!' Are used on a regular basis sooo. Folder Icon Maker Mac Os X Lion on this page. The one thing that did have me at polar opposites was the use of Keanu Reeves.

Reeves directed the film so he's given himself the tasty bad guy role, OK that's understandable, I would do the same. But was Reeves right for the role? Debatable, I think this is the first time I've seen Reeves as a bad guy which was a nice fresh change and in all honesty he's actually quite eerie and cold so kudos. What I didn't like was the utterly predictable hokey ass finale where Tiger ends up fighting Reeves who is of course some master fighter. Its very clear Reeves can't fight all that well as his movements are very slow, heavy handed and jerky.